Both the Flume ride and the Rolling Rapids have established that crowds in the Texas heat will appreciate a ride that gets them wet. Splashdown Falls, built in 1986 and opening in 1987, was built as the simplest ride that could accomplish this task. The ride is now named the “Aquaman”, based on one of the DC Comic Characters.

The design consists of a large lift hill, which pulls the rides’ six boats over fifty feet in the air. The boats then travel through a 180 degree curve section, where they then fall down a 45 foot drop at a 35 degree angle into a splash pool below. The twenty foot boats are each designed to hold 20 riders sitting in five rows of bench seats, for an hourly capacity of 1,800.

Up to twenty riders sitting in the boats five bench style rows, all experience some degree of splash. In addition, the riders could wait on the exit bridge after disembarking for the next boat to fall. Doing so, they could experience the full impact of the boats splash, virtually guaranteeing that they will be soak through and through.

The 800-foot ride uses 250,000 gallons of water, circulated around the ride by a 180 Horsepower pumping station. The ride was built by O.D. Hopkins Associates. Inc of New Hampshire.

The ride's name was inconsistent over the years. It was known as Splashwater Falls, just "Splashwater", and Splashdown Falls in various publications The ride was later renamed the “Splashdown Reentry Test Simulation” to correspond with the retheming of the modern section to an Astronaut training center with the addition of the “Right Stuff” simulator. The current name is "Aquaman Splashdown". 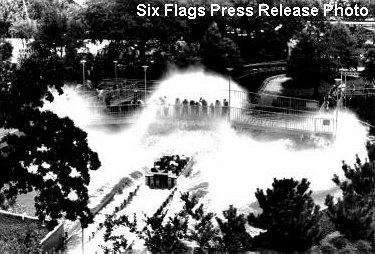 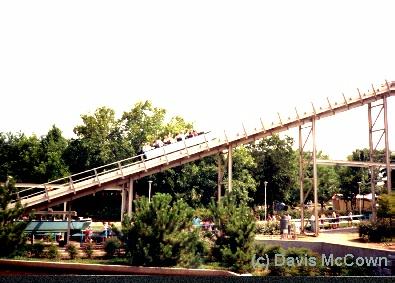 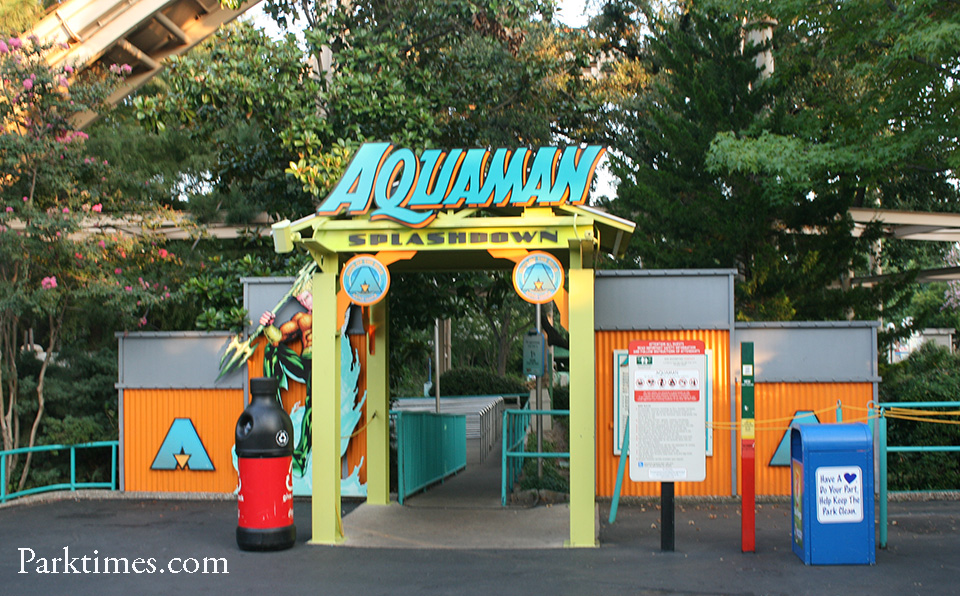 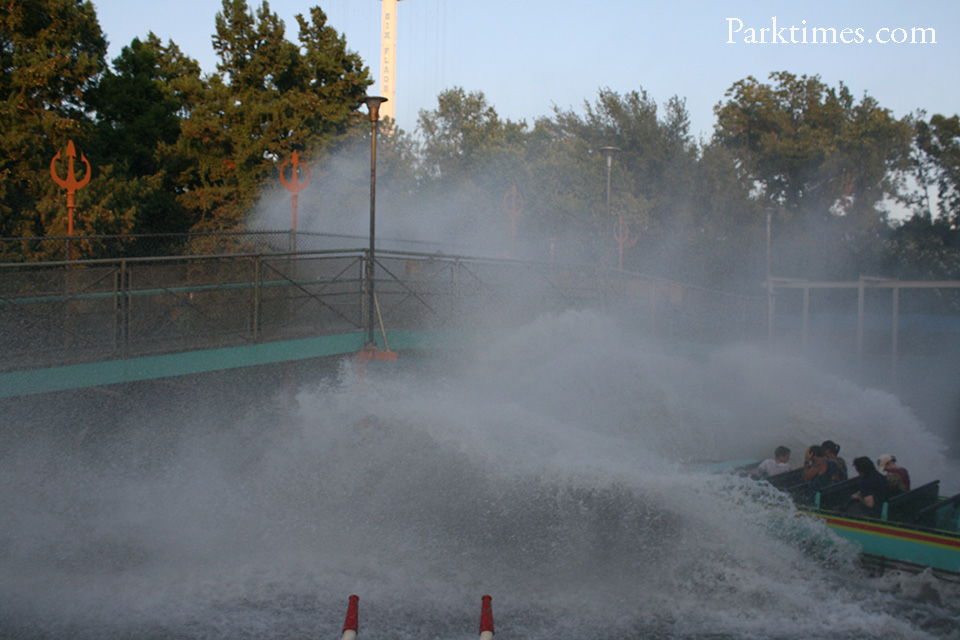