The Six Flags Silver Star Carousel opened with the opening of boomtown in 1963. It is tied with the Flume Ride as the fourth oldest attraction in the park, behind the Six Flags Railroad, the Chaparral cars, and Casa Magnetica (and excluding the Crazy Horse Saloon, which is a show). It actually has been open less years than the Log Flume, as it was out of service for three seasons.

The Silver Star is a Sixty-six (66) horse carousel located at the Frontgate of the park. There are four rows of horses, fifty jumpers and sixteen "standers". (Standers do not move up and down with the ride.) 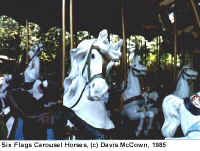 In addition to the horses, there are two double bench seat "chariots". The ride does not have menagerie animals.

Neither the brass ring machine, nor the band organ operate and the organ has been removed.

The Carousel is a Dentzel, meaning that it was manufactured by the Dentzel Carousel company of Philadelphia. Dentzel was started by Gustav Dentzel who manufactured his first carousel in 1867. He started the first manufacturing company in America which built carousels on a regular full time basis. 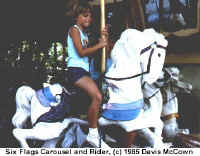 Carousel horses at the time were carved from wood by skilled wood carvers. They were each individually crafted. Some of the Six Flags horses actually predate the ride itself and were crafted in 1900.

Gustav Dentzel passed away in 1909 and his son William Dentzel took over the family business. The Six Flags Carousel was manufactured around 1925 or 1926. The Dentzel company was sold to another major ride producer, Philadelphia Toboggan, in 1928.

Some published articles state the Six Flags Carousel was the last Dentzel?s Carousel made. This is considered unconfirmed, since the company operated for at least two years after manufacturing this particular Carousel. 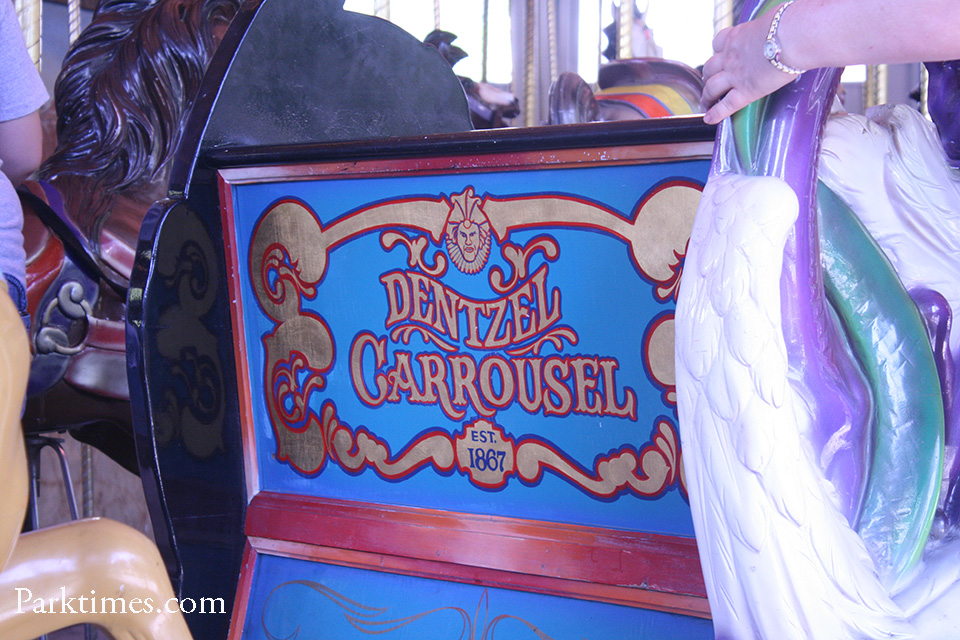 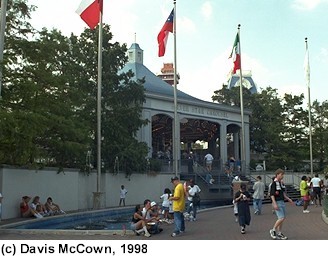 Six Flags bought the Carousel for approximately $25,000, in 1962, the year before it opened in the park. 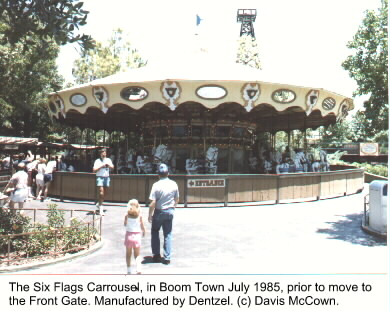 The Carousel was originally placed in the Boomtown section of the Park in the current location of the Texas Tornado Swing Ride. It was simply referred to as the "Merry-go-Round" in early park maps and publications. 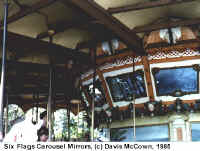 The ride was removed from Boomtown in 1985 for restoration, with the hope that it would reopen for the park?s Twenty-fifth anniversary in 1986. The restoration, however, took two years longer than anticipated and the ride did not reopen until 1988.

It took over 30,000 hours of labor to restore the Carousel. The horses were completely rebuilt, with new body parts being created as needed. A coating of fiberglass, and old layers of paint, were stripped off the animals before being repainted. 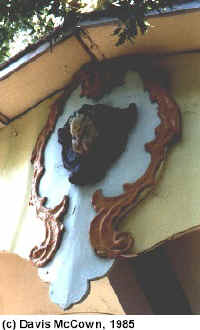 Two of the original horses are missing and have been replaced. 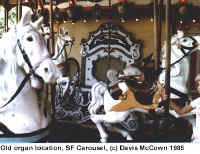 The ride reopened on a raised platform and under a protective roof at the park?s Frontgate. After reopening, the ride was renamed as the Silver Star Carousel.

Located amidst the Park?s Six Flags, entrance to the ride is by a set of stairs which cross over the park's "dancing waters."

The ride is now valued at over Five million dollars, and the individual horses are worth between $50,000 and $100,000. Ten years after being restored, some of the Horses are again becoming cracked and looking their age.

Although it is an impressive sight, the ride's placement at the Frontgate is inconvenient for children wanting to ride the horses. Traditionally, rides are not placed at the front gate of amusement parks due to the congestive nature of front gate areas. Front gate plazas are always crowed with people coming and going. Having a ride in the area only adds to the confusion. 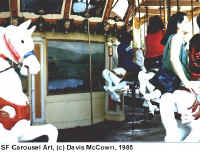 It is obviously too expensive and unwise to move the ride again. The Park should, however, explore the possibility of moving the entrance/exit to an area behind the Carousel. In this manner the ride would maintain the visual impact it has at the front gate, while at the same time, the congestion problems could be avoided.

During the early 1970's when the ride was in boomtown, the Railroad spiel stated that the ride was identical to the one at the Smithsonian Institute. In fact, prior to the bicentennial, the Smithsonian purchased a Dentzel Carousel, but was never able to restore it and make it operational. (Updated information provided by Anthony.) 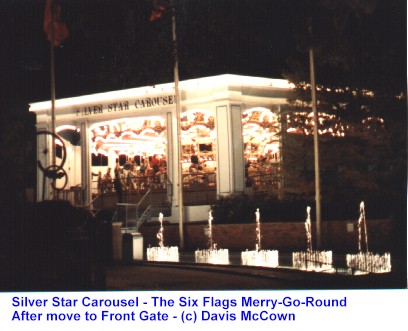