The Six Flags Run-A-Way Mine Train was installed in 1966, and is the eighth oldest operating attraction in the park.

Although the Mine Train is the oldest of the park's current fleet of roller coasters, it was not the first coaster in the park. The first coaster was a cat and mouse style metal coaster in the Modern section originally named the Sidewinder. The Sidewinder opened with the park in 1961. In 1962 it was moved to the Mexican section and renamed the La Cucaracha. The La Cucaracha was removed from the park at the end of the 1964 season and before the Mine Train was installed in 1966. 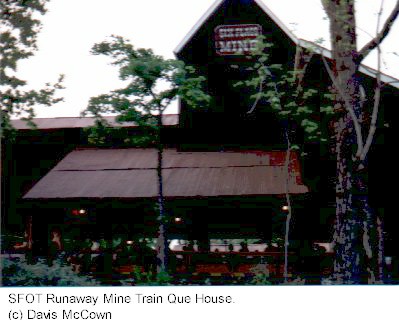 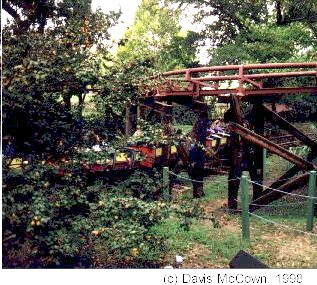 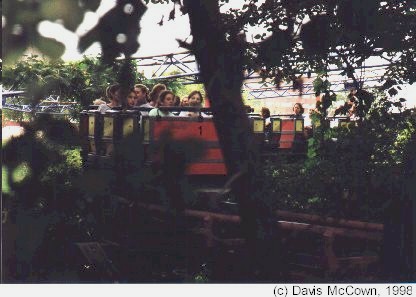 The Mine Train was, however, the first of its type anywhere in the world. It was developed for the park by Arrow Dynamics, a California company that also built happy cars and the flume.  The coaster ride was based on technology first developed by Arrow for the Disney Matterhorn.  Although metal roller coasters were not at the time novel, the Mine Train used nylon wheels and tubular steel pipe track rails for a smoother faster ride. This development paved the way for future metal coasters. 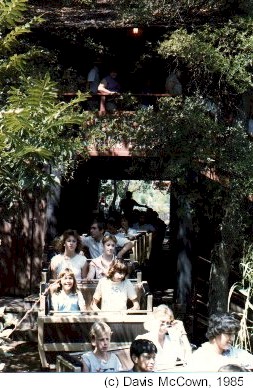 As is true with the earlier rides in the park's history, the ride is well themed. The que-house is designed to look like a mountain mine building. The cars are themed to resemble mine ore cars. Animations along the ride gave the feeling of the times. 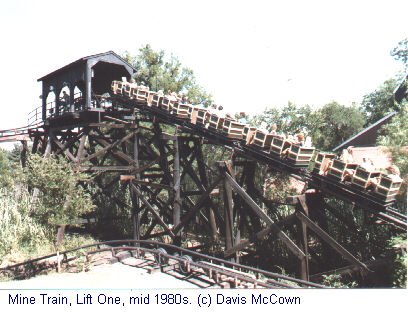 The ride begins with the trip up the first and highest lift. From there it travels around the track to the second lift. The second lift is housed in a building designed to look like a rock crusher. Looking straight up as you travel through the second lift reveals a large crusher rolling above you. From the second lift, the train travels slowly "through a waterfall" allowing the guest to see the waterfall from the inside. 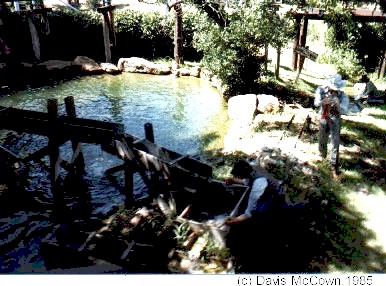 An animated scene of miners can be seen panning for gold in the water in front of the waterfall. The train then picks up speed as it heads downhill and through a man-made "mine" tunnel. 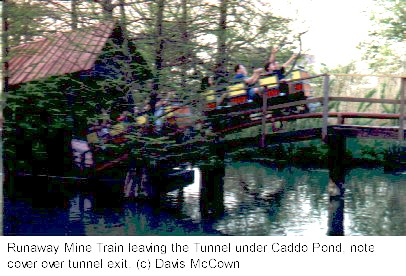 The train emerges from the tunnel and travels up the third and final lift into the "Ace Hotel and Saloon". The "Ace Hotel" was named in 1974 for John (Ace) Cocharo, a Mine Train Foreman turned ride supervisor. The train travels through the hotel, allowing riders to see the "piano player" and hotel guests. The ride then descends the last drop into a tunnel which actually travels "under" the Caddo lake, emerging just outside of the que-house. 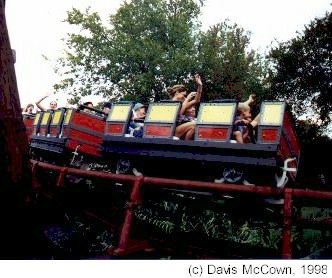 The top speed of the ride is billed at 38 feet per second, which translates to twenty-six (26) miles an hour.

In 1996 the Run-a-way Mine Train name was changed to just the "Mine Train" to avoid confusion with the newly constructed "Runaway Mountain" in the Confederate Section. 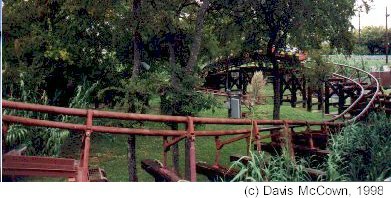 A very successful high capacity ride, the Mine Train was copied in theme parks around the nation. The ride is now a piece of history, and is still a favorite with the crowds. 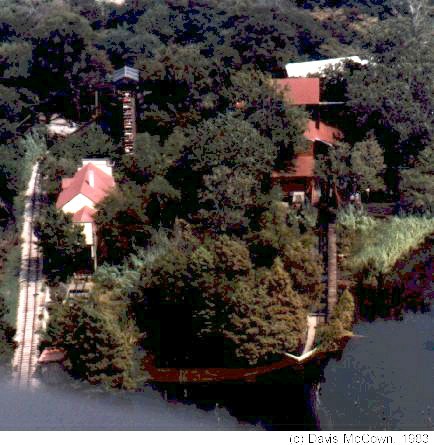 Mine Train from the Air