The Burro ride was a live animal ride which operated for the park's first two seasons at what is now the site of the Log Flume Ride. For its short existence, the ride was basically the only attraction for the park's Spanish section.

The premises of the ride was that the guest were following in the shadow of Spanish conquistador Francisco Vasquez de Coronado. The journey consisted of a mule-back descent into Palo Duro Canyon in a search for the seven cities of Cibola. The trip was guided by a host dressed as a Spanish conquistador.

Along the way, the guest viewed the restored ruins of the first Spanish Mission to Texas, the Mission San Francisco de los Tejas.

The attraction was removed at the end of the 1962 season to make way for the Log Flume ride. 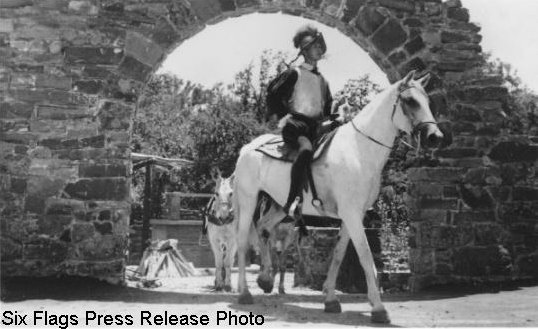