The Cave Ride opened in the park in 1964, making it the sixth oldest operating ride in the park. The Cave Ride was perhaps one of the most innovated rides at Six Flags Over Texas. Of course, the Cave took its inspiration from Dark Rides everywhere. Floating through a dark tunnel was certainly not a new concept, even in 1964.

The ride is simple in design and operation. Riders float through the ride in small "tubs". The "tubs" are basically a variation on the Flume's Logs. This makes sense, since  the Cave "river" is basically the same as the Flume "trough". The "tubs" have change somewhat overtime, with the seating going from around the inside, to front to back, as with the logs, to side by side in rows. 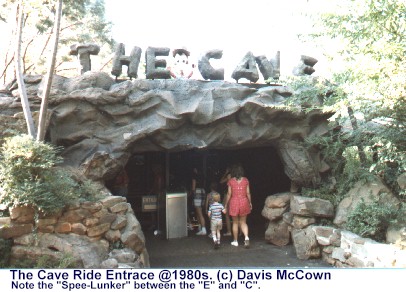 What made the Cave special, however, was that it was inhabited by Six Flags Spee-Lunkers, a characteristic that made it unique among dark rides. The Spee-Lukners are small creatures, about four feet tall. There most prominent feature is their long  triangulars faces.

The ride had no real story line, the riders simply saw the Spee-Lunkers doing various activities. Highlights of the trip included, the storm scene, complete with lightening and thunder; the barrel, in which the tub went through a large barrel which rotated around it, creating the illusion that the through was rotating; and the air and water sprayers at the end of the ride. 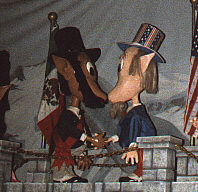 Some scenes were removed and replaced with other scenes as the years went on, so the ride was not exactly the same over the years. At the end of the 1991 season, the Spee-Lunkers were removed from the cave and replaced with characters from the Warner Brother's Looney-Tunes. Due to the significant changes made in the animinations. the ride after 1991 is covered in the Gold River Pages. 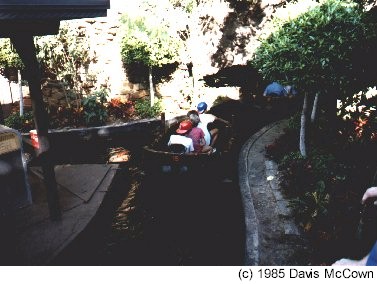 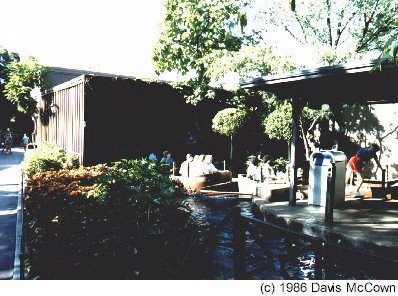 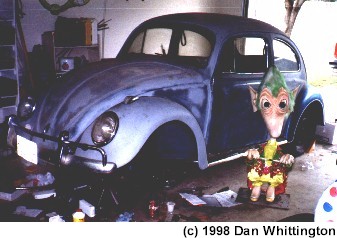 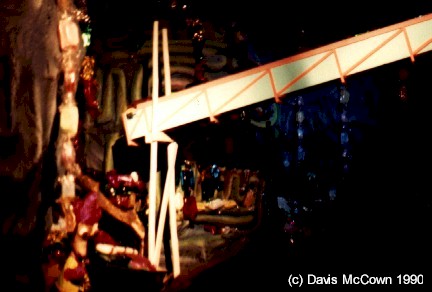 The Spee-Lunker scenes, in order as much as possible, were:

One Spee-lunker writing with a hammer and chisel on a large stone tablet. Made a distinctive "chinging" sound.

A large treasure chest. Over the years, different treasures were featured, including the standard jewels, gasoline cans during the gas shortage and coffee bags during the coffee shortage. The lid opened and closed as the riders went by.

Two speelunkers playing "catch" with a large bolder which went out over the tub as it passed underneath.

SpeeLunker in a sinking tub  using a sword to fighting off a shark lurking up out of the water.

Speelunker playing a large pipe organ with his friend pumping the organ. 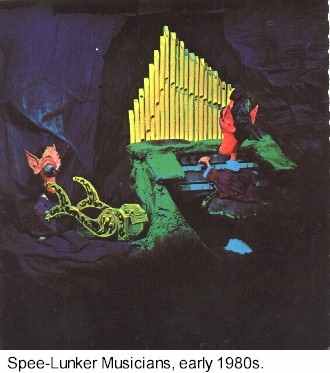 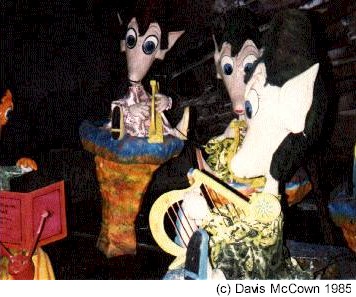 In later years there was a country and western band with a bucking bull ride. 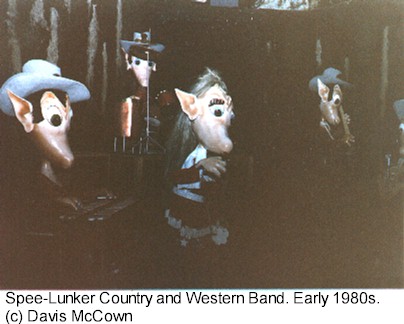 The Storm scene started as you came upon the boat. Lightened flashed in the distance. Thunder roared and the sound of rain falling could be heard.

As you came up on the boat, you saw the outside of a large sailing boat, which rocked back and forth. As you came around the front of the boat, it was if you were now inside the boat and seeing scenes from the boat on each side.

Prisoner sawing away at his bars. (on the boat.) 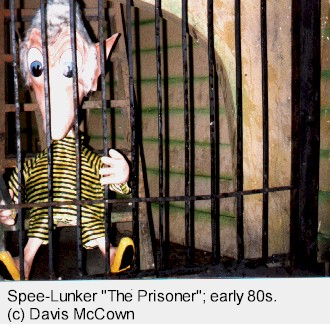 Two Speelunkers sitting at a table playing a game of cards. (on the boat)

The tubs went through a long barrel which rotated around the riders, creating an illusion that the whole river was rotating.

Speelunkers skiing down a mountain. One upside down, with his head in the snow.

Speelunkers representing each of the six flags shaking hands with each other. Shown are the "Mexican" and "USA" representatives. 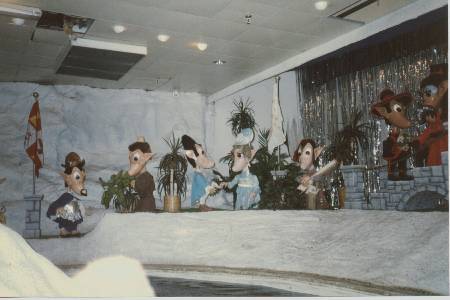 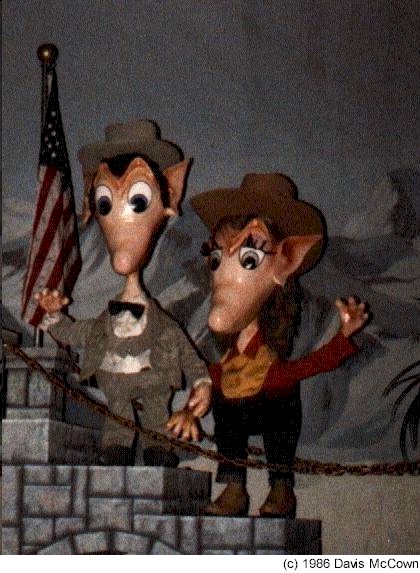