Following are pictures from the 1966 production of "Let's Find a Cause." Of the cast, the ventriloquist Jay Johnson went on to be a star of the hit comedy  SOAP and Cissy King became a dancer on the famous Lawrence Welk Show.

Skull Island was one of the original attractions at Six Flags Over Texas on opening day in 1961. Skull island was more of a section than just an attraction, in that it was a themed area consisting of other attractions.  From its opening in 1961, it expanded to its largest in 1968.

The Cave Ride opened in the park in 1964, making it the sixth oldest operating ride in the park. The Cave Ride was perhaps one of the most innovated rides at Six Flags Over Texas. Of course, the Cave took its inspiration from Dark Rides everywhere. Floating through a dark tunnel was certainly not a new concept, even in 1964. 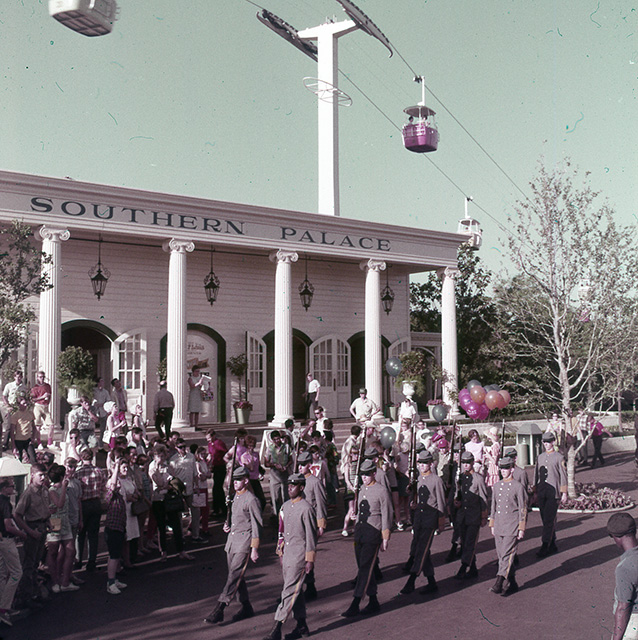