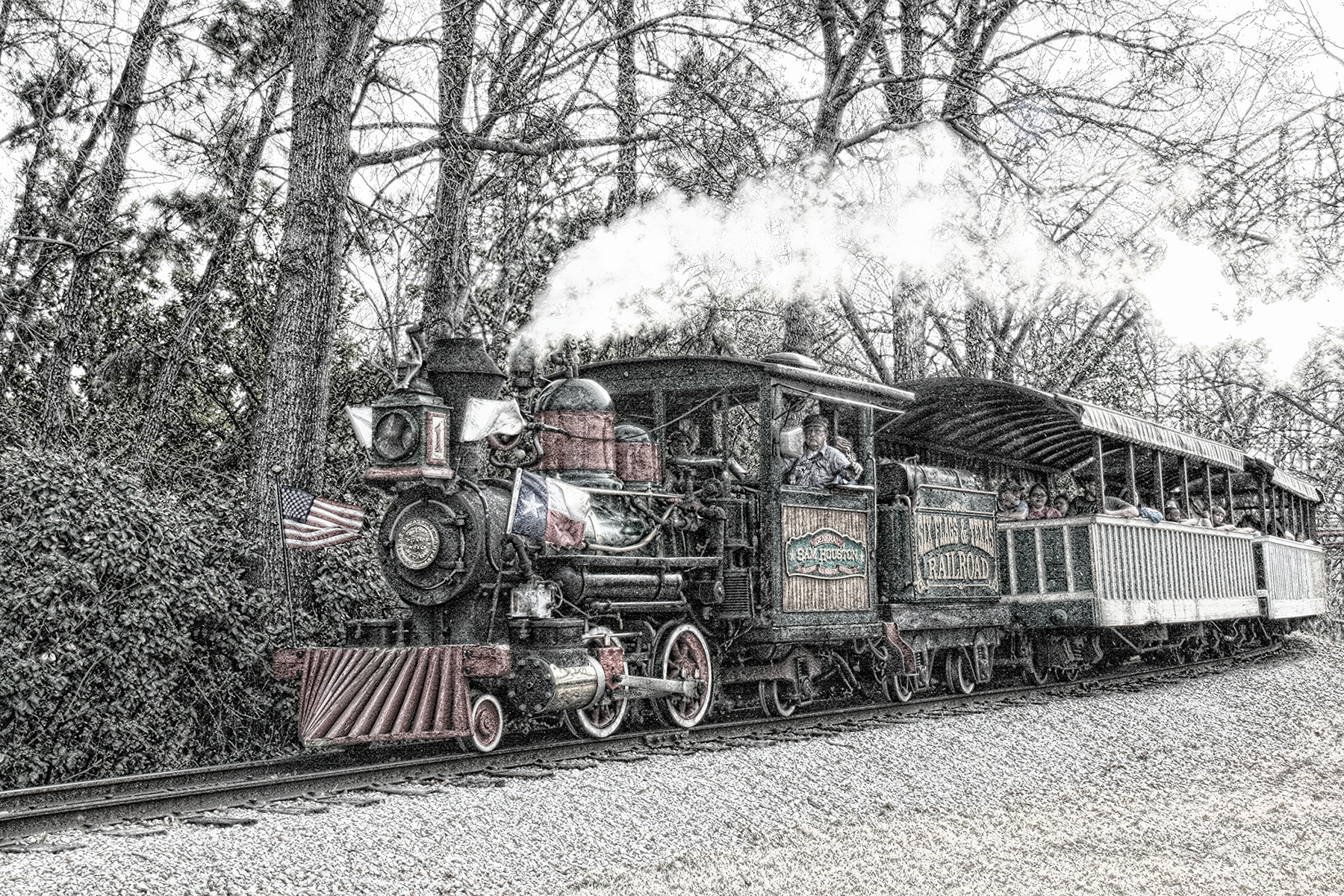 The TEXAS section recreates Texas of the old west. It consists of several stores and restaurants themed on the typical cowboy town.

The original section consisted of two rides, the Railroad, which is the only original ride still operating in the park, and the Astrolift.

In addition to the rides, the Texas section featured the Gunfighters, a street show and the Crazy Horse Saloon, the park’s oldest theater show.

Several stores and restaurants were in the section.

The  Chaparral Automobiles were added for the second season in 1962.

In 1965, the Arena was added to the west of the Railroad tracks. The first show featured circus acts. In 1966, the arena featured a wild-west show. In 1970, the arena was remodeled and featured the Las Voladores Flying Indian Spectacular. The Arena closed in 1974, after the opening of the Music Mill Theater.

For the 1983 season, the  Spindletop was moved to the site of the Texas Lift.

In 1990, the  Texas Giant wooden roller coaster was added. The  Spindletop was removed from the park in 1989, to make way for the photo booth at the exit of the Texas Giant.